2021 was a year of uncertainty. The SoVerse fandom was picking up, and as the creator, it was a rollercoaster of emotions for me. Why? To be 100 percent honest, I had NO IDEA how to receive this new influx of fam(fans). I knew more comics were going to have to be made and, I also knew that I was going to need to kick it into high gear with engagement when it came to the fam but, I was a little lost on how to do that but, fortunately for everyone...epiphany stroke and, it was all she wrote! 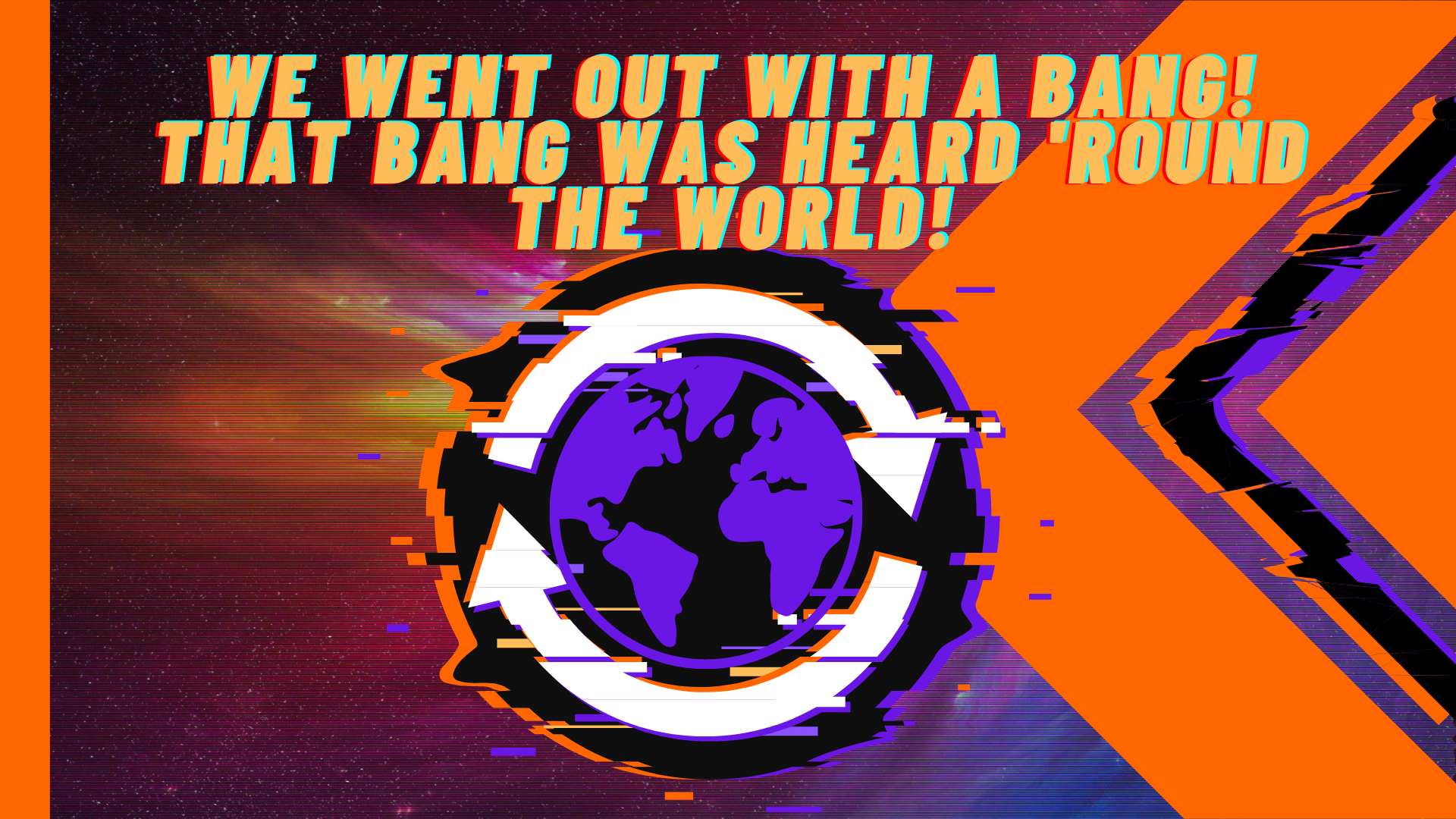 The reveal of The Chimera!

Off the bat, I had to let everyone know what our mascot actually was. So many thought it was a lion and, I left it at that. When things began to grow, I knew that I would let everyone know who we were and what we were about but, because I'm a tease, I dropped easter eggs and hints that would give the advent watcher/reader the"ah-ha"moment. For instance, the hidden horns in the logo and the very angular eyes...you didn't really think the lion had a hairline like that, did you? Also, there were the kickstarters where I would mention"The BOI,"which was the acronym for"Beast of Imagination."No, that is not a lion. 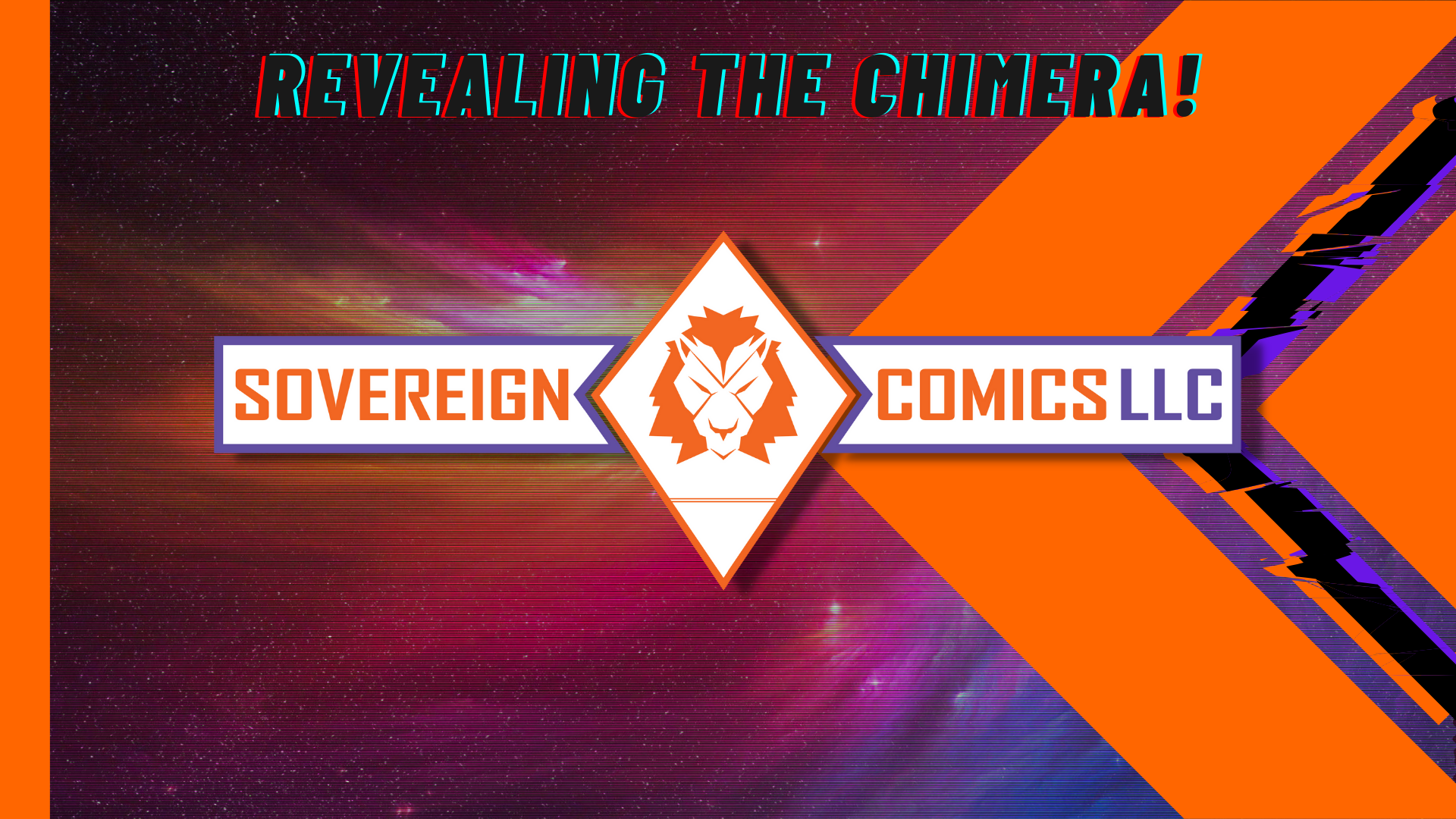 Birth of The Chimera Kingdom!

Next was building a community, and in making that community, I needed to figure out how I would do that. Fortunately, I wasn't alone in creating this massive Country that would later be known as the Chimera Kingdom. I had some fantastic assistance from @mutantglue and @sjslayscosplay, but it didn't stop there because more individuals came to the rescue or became residents of the domain, and things grew. How did they grow, you ask...well, let's talk about that. 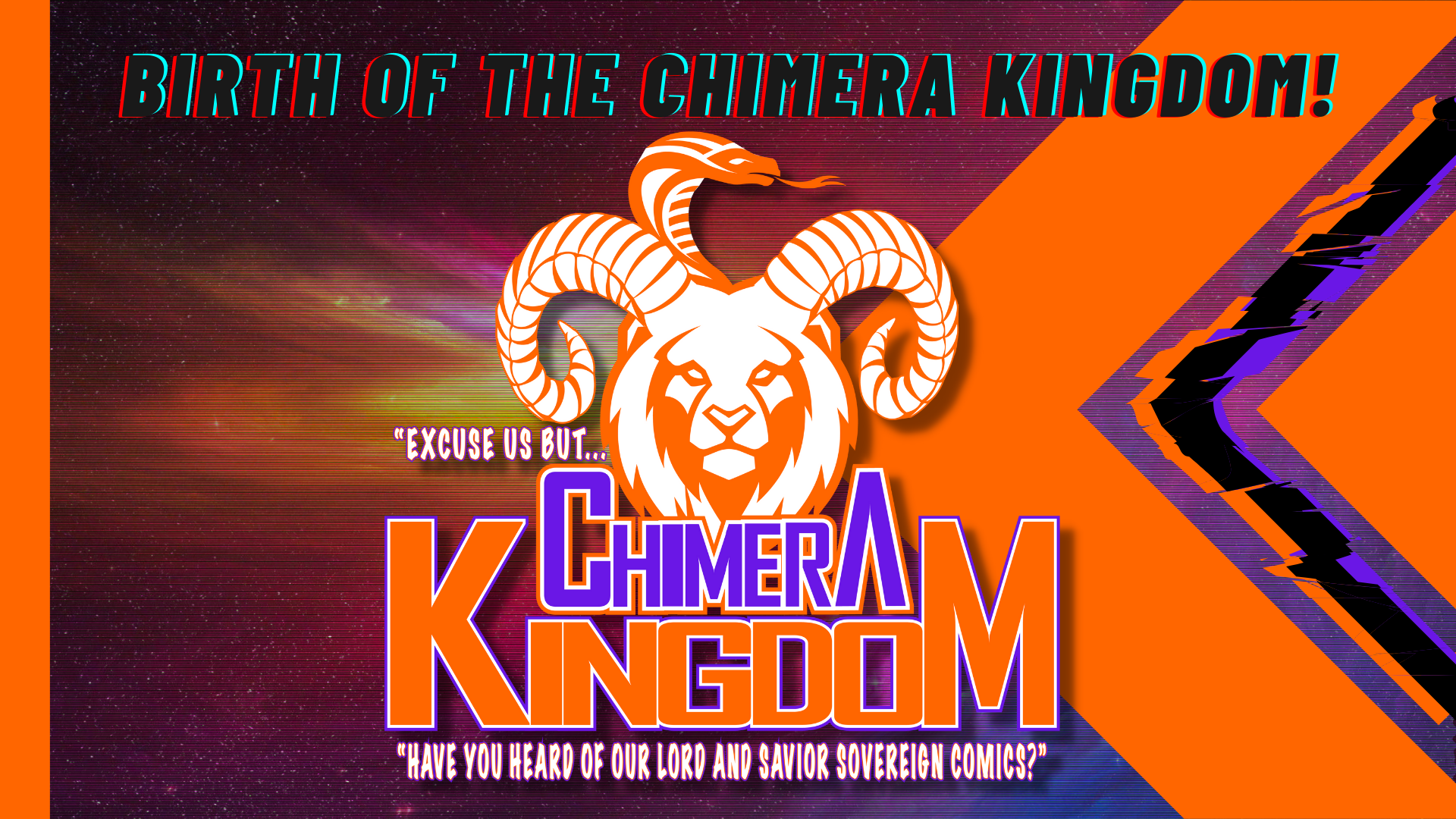 The Guild of all guilds, a place that would be a safe haven for cosplayers who cosplayed characters from The SoVerse. This year was the year that it came to fruition as more cosplayers heeded the call to go and bring SoVerse characters to life and, the list of those cosplayers is long (yes, I will be mentioning them!). This was a task that I started planning back in 2019. At least, I let Mutantglue know about it then but, I wanted to wait and see if the interest was there. In 2020, the cosplayer list began to grow as Mutantglue helped to spread the word to other cosplayers. When I first met @SJSlaysCosplay, @Takneeva, @DarkDove82, @JaystoTheTiger,
‍@_UnicornSnowflake_, @Drippinquinness (The cosplayer side because I already knew her), and @Nashvilles_Deathstroke. 2021 showed no shortage as these fantastic people brought even more cosplayers into the kingdom. But, again, the list is long so, hang tight. @Asunafoxx, @Pastel_Ocean_Tea, @Thylasaur, @AnubisCosplay, @Cheygami,
‍@Euphoria.BJC, @TeeTeeReacts, @Lyfe_of_TQ, @TheStrongCurvyAthlete,
‍@MzzSkittlestr_Cosplay, @MasqueXO, @thatsonofaglitch, and others. The Guild continued to grow, and we were able to do some other things because of the growth. One of those things was becoming a sister cosplay group to @242.Cosplayer.Nation and @TheChameleonCoalition. The other...is the birth of @TyrOmniCosplays. Yeah, I will be cosplaying in 2022, and I'm excited! Actually, I already started with my closet Reignas cosplay...go see if you can find it on the @sovereigncomics page on IG, and then give it a like, save, share and comment;
‍"I found it!" 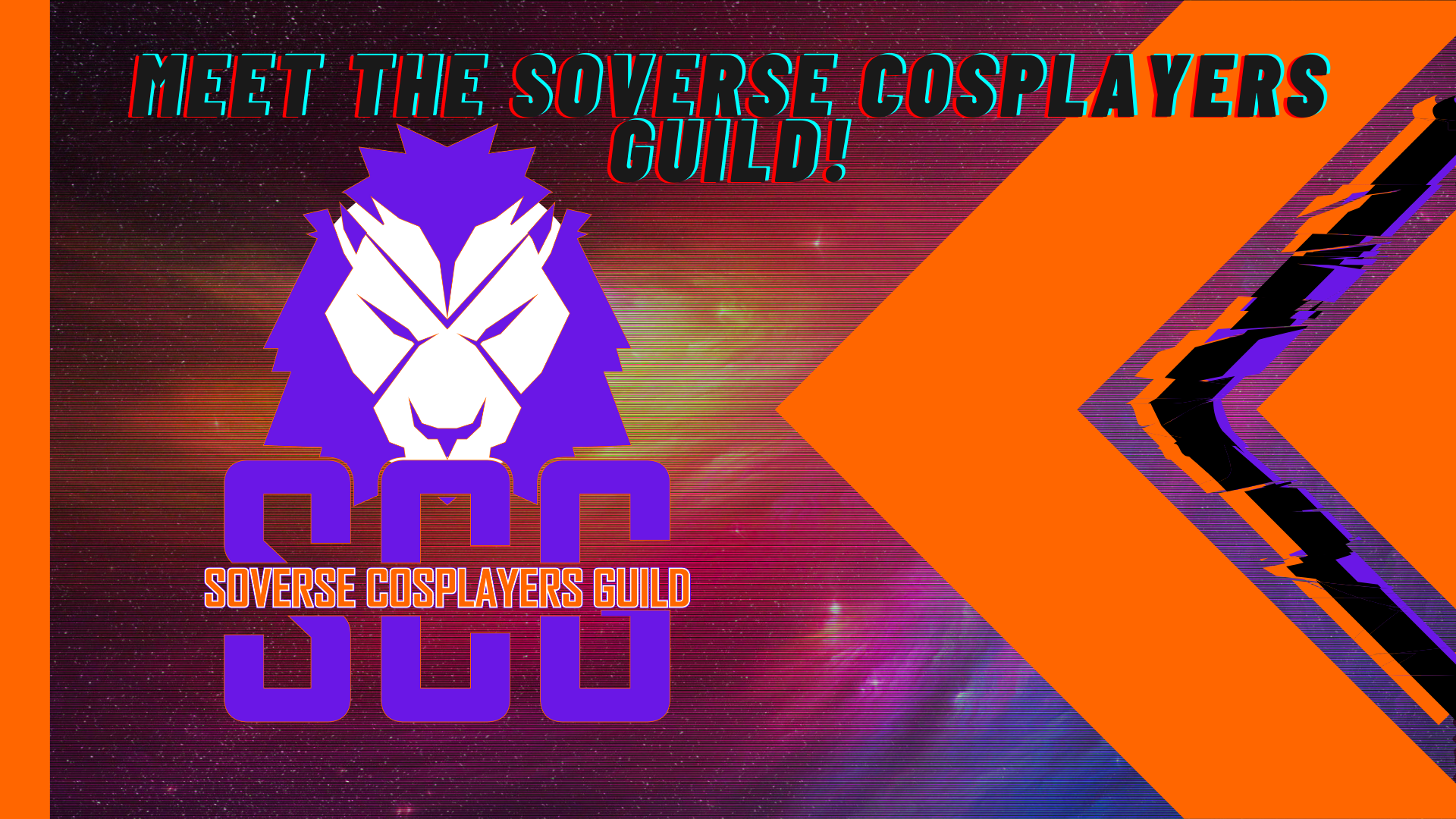 The SCG Descends on BlerdCon!

For the first time, characters from the SoVerse were brought to a comic book convention outside of a comic book (IRL), which was a dope and humbling time for me. I honestly never thought I would see this, so when it happened...I was lost for words, speechless, the cat had my tongue...I cried a little (I'm lying, it was a lot, and it was tears of joy!) But, Mutantglue and SJSlays made it happen with their characters Syphon and Tectonica; I knew that this was a side of things we could explore more, and because of that, it allowed the growth; of the former! Possibly, we'll have a table at Blerdcon this year, and if we do...it's going to be a hella big thing, I promise!So, what say you @blerdcon...gonna accept the table request from me this year? 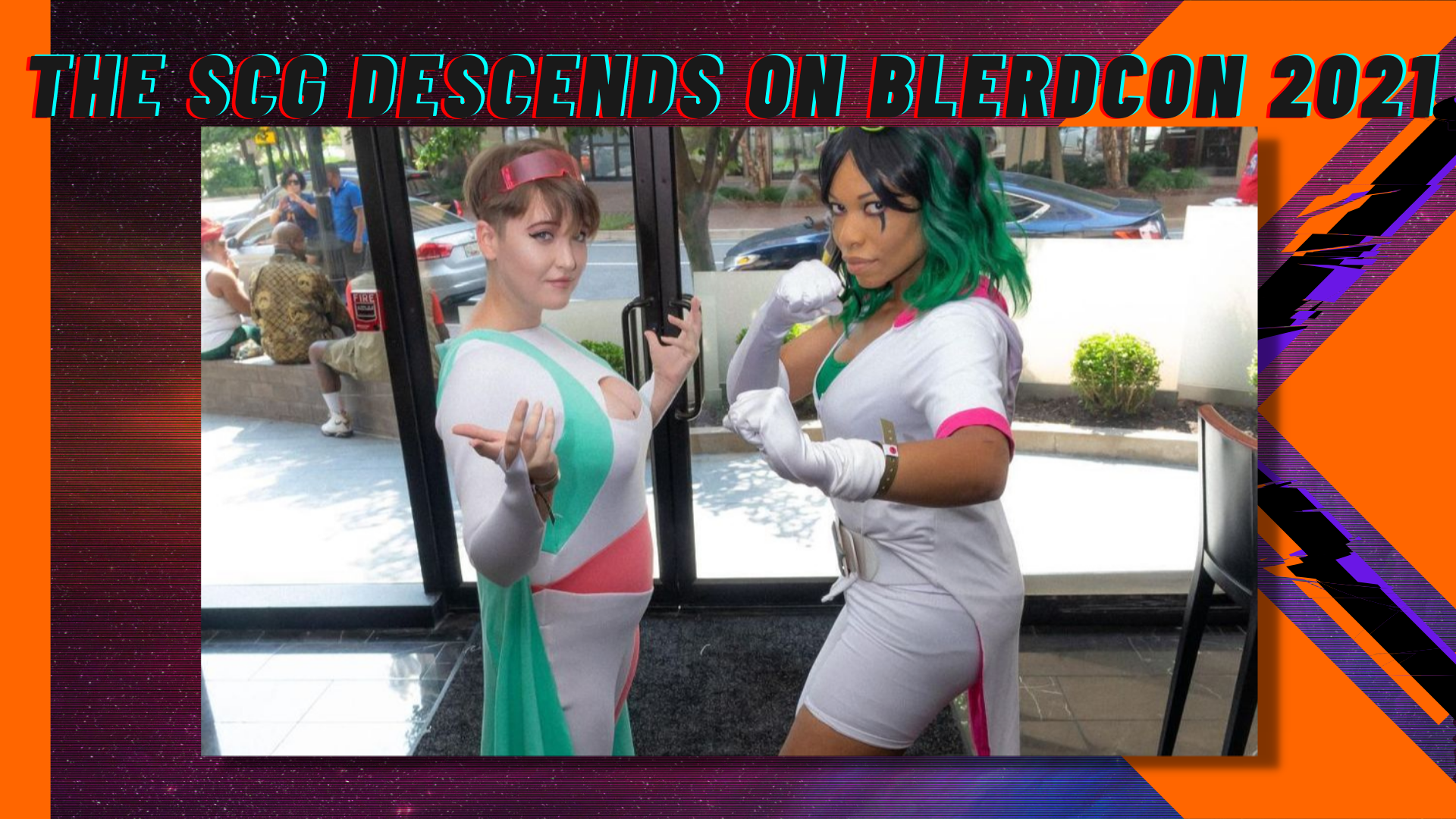 And they just kept coming! The best thing was, it was something that I didn't do alone. DarkDove, Mutantglue, and SJSlays were responsible for a lot of them. They are great cosplayers, and being featured in cosplay magazines was something I knew they could do, even if they didn't. When they were featured, they dropped a word about SoveReign Comics and sent in pictures of them cosplaying characters from The SoVerse. These movements even brought interview opportunities to me. One, in general, was the recent article through VoyageKC, which you can read here if you wish to: https://voyagekc.com/interview/check-out-tyrone-jacksons-story/.
We also created FireBolt, the SoVerse Article you are reading right now. 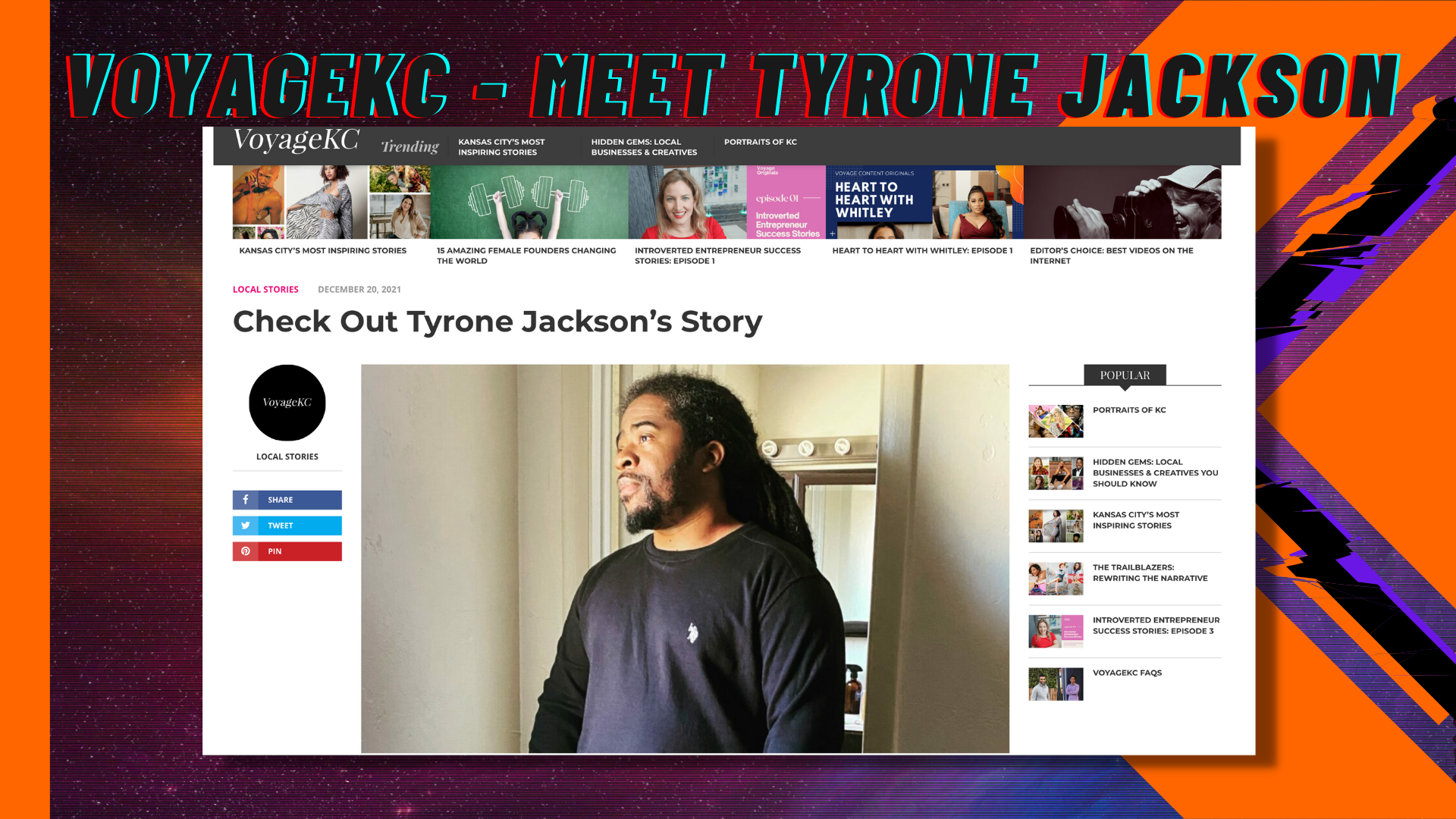 The Growth of SoveReign Comics...A Rebirth, if you will!

Hella big, you say? One of those situations was born early summer with the announcement of our SoVerse ECOSystems (SoveReign Comics Extended Creative Outer Systems). Solar Systems outside of the prominent SoveReign ORANGE was born, increasing the size of our lovely universe. SoveReign BLAVK, SoveReign Mangaka, SoveReign KUB, and SoveReign ONE systems. These have their own reasons, rules, and ways of doing things. BLAVK is where we will house our darker graphic novel-sized books. An environment that shows just how mature the SoVerse can become. So ripe that it can't be represented in ORANGE. Because of the darker story tones of many of the titles and some of the suggestions expressed here. Mangaka, as you figured, is where our mangas will live. We have already published our first manga, and @OtakuNoir had the honor of being the first to reveal this beautiful book to the world.Additionally, a writer was brought on to create her manga: Skye Fox, aka AsunaFoxx, and her title, The Unexpected Life of a Monster Hunter. KUB is our early literacy faction and, there are titles in the chute for it and, the kids will love them...it's already been tested! ONE is where we will publish books that aren't connected at all. This is also a place where I will allow publishing of Prose and publishing of books from creators who don't want their stories to directly connect to the main stable. Here is where First Manning, aka @Sco_rpiochronicles, will be publishing his book The Agent. Also, we have brought in new creators and artists to the SoVerse Team. William Knowles (@Acid0philus), who has been a large part of SoveReign Comics, will be writing a couple titles that will go into ORANGE (STOP) and BLAVK (Omen). Shannon Collins (@SJSlaysCosplay) will be bringing a character that she created long ago into ORANGE (Hell-Cat). 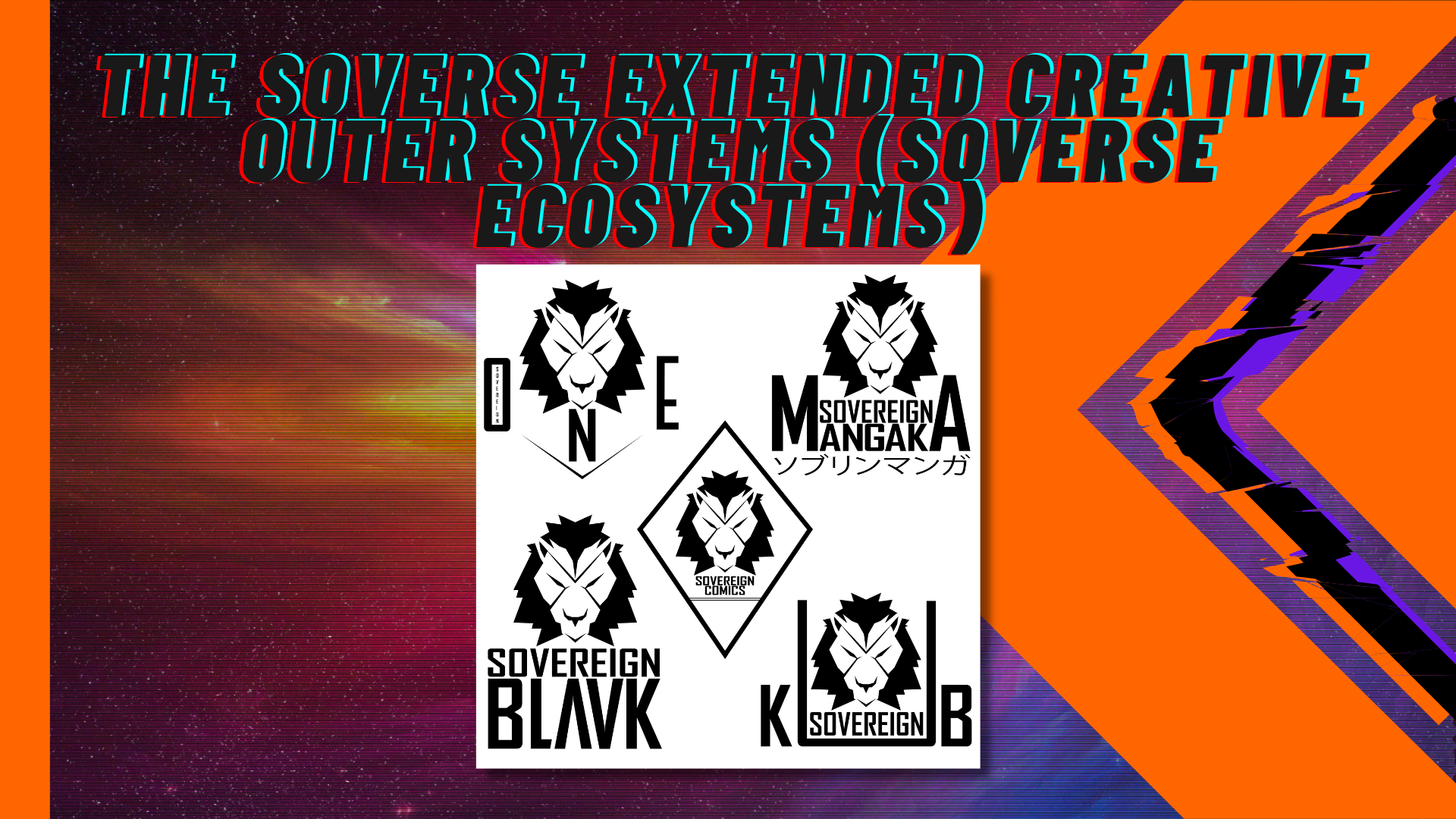 But, not all have been chipper!

Even though there was so much good going on, there was a lot of bad. Some incredibly hurtful and just eyeopening experiences that I, nor anyone else, saw coming. Earlier in the year, I removed myself from @IndieComixDispatch. I didn't want to talk about it, but now that the cat is out of the bag. A replacement co-host has been found; I will say this...there is no love lost and frankly, leaving was the best decision for me to make because it allowed me to completely concentrate on things that I needed to focus on. My mind was split and while I wanted ICD to succeed in greatness, it, in a sense, pulled me away from what I needed to do with my own company. Leaving angered some and came with all sorts of rumors but, your hearing it from the King Chimera's keyboard (direct from my messed up brain!) I'm good! ICD is making massive moves and, so is The Chimera Kingdom...it was a win/win.This was also when I decided that I would no longer work with anyone on their comics. No more editing, no more lettering, no more advice. This was a bitter-sweet decision because I genuinely enjoyed helping others. However, it was a decision that needed to be made. But, this decision was made because doing these things for others took me away from building my own, and...some individuals ruined it for others and, that's all I will say about that. But to clarify...if you are a SoVerse Creator...you will get ALL of my undivided attention when it comes to advisement, editing, marketing/branding, writing, and lettering.The most disheartening and mentally destabilizing part of 2021 for me (and my family) was the loss of my uncle to a heart attack. People die every day, I know. However, this uncle was a huge role model to me. Before BLERD was a thing, he showed me that it was okay to be black and different. He introduced me to express my creativity through art and helped me grow as an artist, my first comic, rock music, skateboarding, surfing, BMX'ing, gaming, chess, anime and manga, sci-fi, and horror movies. Without him, I don't know if I would have been on this path. Seeing my mother, father, grandmother, and siblings hurt from this was the hit that finally broke my iron heart.

Things got better. I knew I had to keep pushing because...he was watching. He watched when he was alive so, I had to continue moving. It created an"itty bitty demon"in me. I knew that I had to become a"by any means necessary" type of individual, which eventually led to me fully disconnecting from those who weren't part of The Chimera Kingdom. We had goals and growth that we wanted to see into fruition. In that growth came the contract signing to Maverick Distribution(@maverickdistribution)and the expansion of SoVerse Apparel into a living, breathing entity as it is now a full-on apparel company. Most importantly, it lived life into taking the legal side of things more seriously as we Registered our Trademark for SoveReign Comics LLC and got a lawyer on retainer. 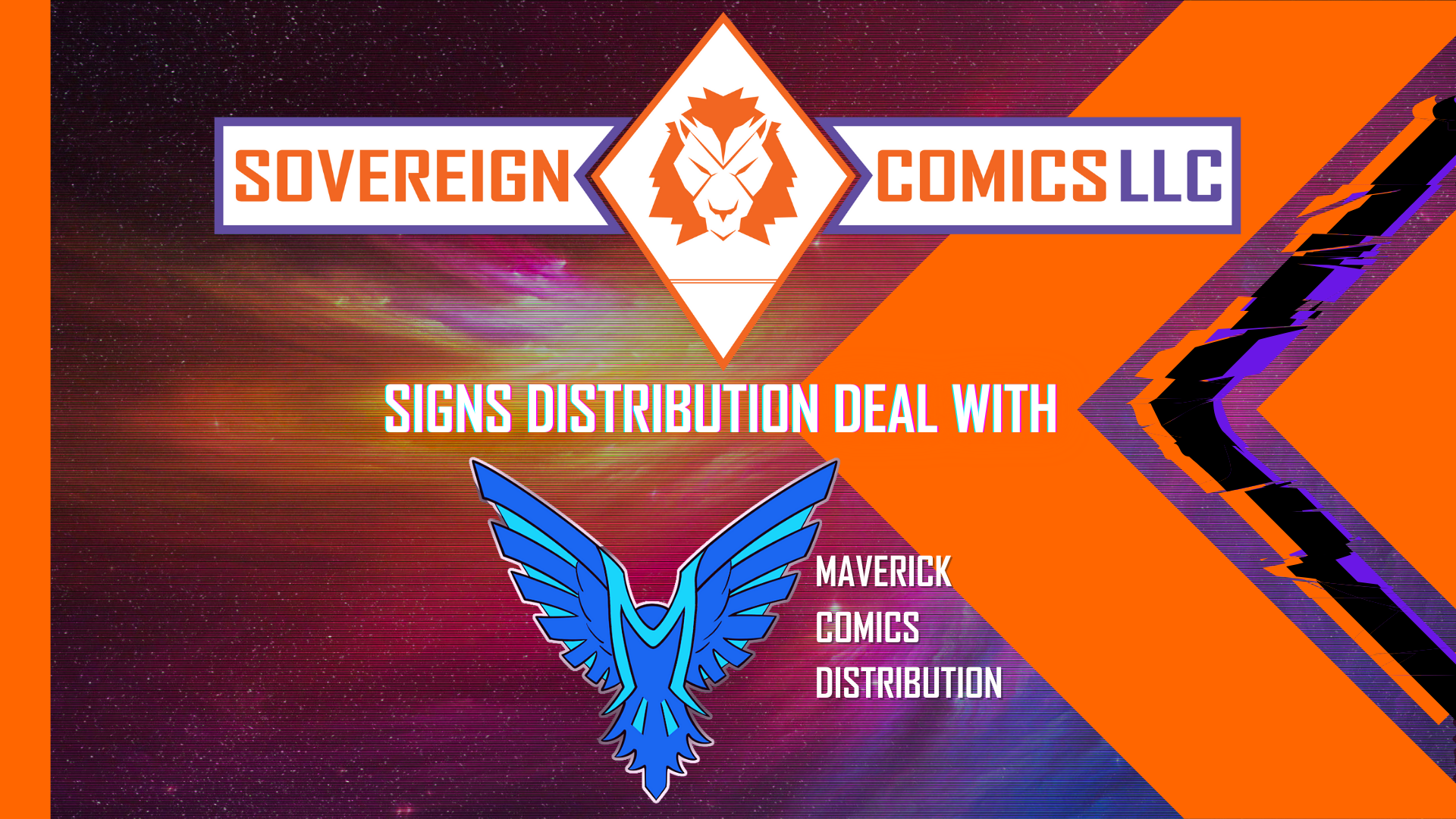 We grew...we stabilized the foundation and built a skyscraper on that foundation, but we also made a Kingdom. So...watch us continue to build because, in 2022, we have deemed it "The Year of The Villain," and if you are curious as to what that means...hang tight and continue your ride aboard the SoVerse as we travel through our dynamically diverse universe because guess what? We're gonna continue to make the comics you've been missing, and nothing will stop us.

Thank you, Chimera Kingdom, for being who you are! Let's kick ass in 2022...by any means necessary.